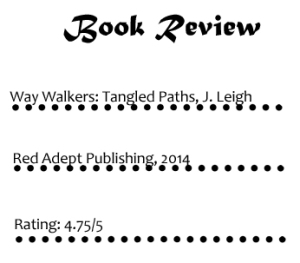 Plot: Jathen is a moot; a dragon in a human body and unable to shift. But he is more than that; he’s the Crown Prince and until his uncle starts to respect rather than shun him, Jathen must fight for his birth-right. Only, he isn’t yet sure if he even wants to become king.

Invited on an adventure by friends-turned-father-figures, Jathen tries to discover himself. But along the way, he finds more than that. He discovers friendship, uncovers love and begins to find happiness. Nothing can last though, and Jathen must discover his true power if he is to survive.

Firstly, big thank you to everyone who supported the release of Way Walkers: Broken City! It was an awesome feeling to see my second book out there, and i’m super excited to see all my first reviews have been positive. Thank you! Keep reviewing! 🙂

So, in the wake of broken City’s release, i had had set myself the goal of being done the next one at or around that time, and of course, i’m not done. At all. This leaves me not 100% but perhaps 90% sure i’m going to end up splitting the current third book in the Tazu Saga into two books. I’m choosing to do this because #1 the first portion of this book, which had originally been the middle section of the original sequel, reads exactly like that– the middle of a book. And that’s not good enough. It needs fixing in order to tell the best possible story, and i honestly feel it will be better served by lengthening than shortening the narrative. i want to give the readers what they want– the proper growth of Jathen’s story, centered upon his training and him discovering that aspect of himself, as well as fully exploring the many ramifications of Dodbyen, and of him finding answers to certain questions. The #2 reason i’m doing this is the later half of this book is already around 70k words and well, it, too, is just not done yet. And #3, the total word count for both sections is 153k, and because i have a smaller publisher (which is just the best, btw) we don’t have the resources to print a book above 170k words.

So, i am faced with the choice of cutting it back and only telling the minimum of the tale or, splitting it and having the freedom to tell the correct story. Kinda a no brainier on some levels.

The only down side of this is that what is now the third book needs a major overhaul in plot and pacing. But, it needed this weather i split the book or not, so by splitting it i’ve a bit more wiggle room to fix it. (about 20-40k worth of words if i so choose.)

This does of course mean it will take me longer to finish it, and i am, honestly sorry. Not just for my fans, but also for my poor brain, which originally thought the whole Tazu Saga was going to be a trilogy at most. (and seriously, huge thank u to my publisher for making the call not to put ‘trilogy’ on the cover of the first one. i’d have gone insane long ago otherwise.) I’ve officially been working on parts of this ‘third’ book since 2012 and i’m exhausted.  But i’m plugging along, too.

Anyways the plan at the moment is to throw both sections at my best alpha reader for a week, take a breath, and then go back in. Since it’s a NaNo month, i might poke around in WWU3 a little bit and see what i can get done there before heading back into Tazu-Land, but no promises, as i also have craft fair season early this year with two full weekends at a ren faire and a butt-load of inventory to make for it.

So, just bare with me, and i promise it will not only eventually all get done, but it will also be good.  😉